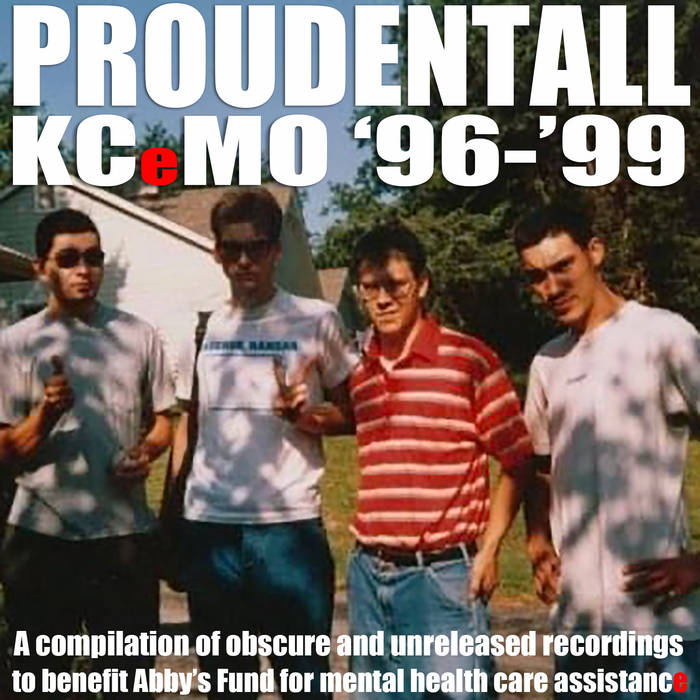 Proudentall was a Kansas City band that had its origins when guitarist/vocalist Clay Zimmerman met guitarist/vocalist Matthew Dunehoo while Dunehoo was alphabetizing cd's at CD Warehouse for cigarettes, and Zimmerman was home for break from Cooper Union, sometime late 1995. The two bonded over shared musical interests and jammed in each family's respective basements. Soon, Dunehoo would place a classified ad in the Pitch Weekly, seeking bass and drums and citing Sunny Day Real Estate, Fugazi, Seam and Jawbox as inspiration for the desired band's sound. Bassist Billy Ning and drummer John Cruz signed on. Initially named Proud and Tall, the group recorded and submitted its first demo tape to The Daily Grind for booking consideration as Proudendtall, eventually, inexplicably settling on Proudentall. The band would play its first show at the Grind that summer with Karate, Boys Life and The Get Up Kids.

Proudentall band would operate as a threesome based out of Lawrence when Zimmerman was away at school, and a foursome when he was back in Kansas City, during which times they would endeavor to tour. Throughout the band's roughly six-year life span, they would only record one proper full-length album, but had a number of tracks contributed to vinyl and cd compilations and appeared on a few self-released or indie issue 7" records. Clay had already left the band by the time they recorded their only full-length album in 2000 for the SUNSEASKY label, later re-released on Caulfield Records entitled "What's Happening Here" at Red House Studios in Eudora Kansas with engineer Ed Rose. Steve Squire (Everest/Major Games) would provide the second guitar on that album, with Breeze Richardson and Mike Walker adding violin and trombone respectively.

Sean Bergman would join the band on guitar/vocals in late 2000. This version of the band would tour with the likes of Casket Lottery and The Vida Blue (Ten Grand) before ultimately calling it a day in 2002, at which point Cruz, Ning, and Bergman would immediately continue playing together as Atone At Tone, and Dunehoo formed Doris Henson. The selection of tunes included on this compilation represent recordings made by the original incarnation of the band, tying to the topic of the article being published on its release date about the music scenes of Kansas City and Lawrence in the mid-late 90's. We have tried to indicate where these tunes originally appeared if they had been previously released in one way or another.

All proceeds from the sale of this collection will go to benefit the Midwest Music Foundation and Abby's Fund for musicians' healthcare, specifically being made available for mental health care grants. "Emo" was the style of music I thought we were creating, proudly, at the time. For me, writing and performing these songs was a purely cathartic exercise, a youthful attempt at speaking (screaming) to and processing trauma, navigating life prior to a clinical diagnosis of mood disorder, and lacking the grasp of an effective vocabulary or confidence by which to seek help. The effort to destigmatize matters of mental health seems to have become much more commonplace, but societally we still face tremendous barriers in access to proper treatment. The Midwest Music Foundation is proactively taking steps to ensure that resources are available in our community, for those in need. We are grateful for the support of the MMF, Bandcamp, and Charlie Zaillian for writing the article that inspired this release.

It is incomprehensible to me that it's been 20 years since Proudentall last performed in a dank basement or smokey bar together. As painful as a lot of those memories still feel for me, there were also some incredibly inspiring shows, tours, friendships, and moments along the way. I hope you can look past some of the sonic issues, and enjoy this time capsule.